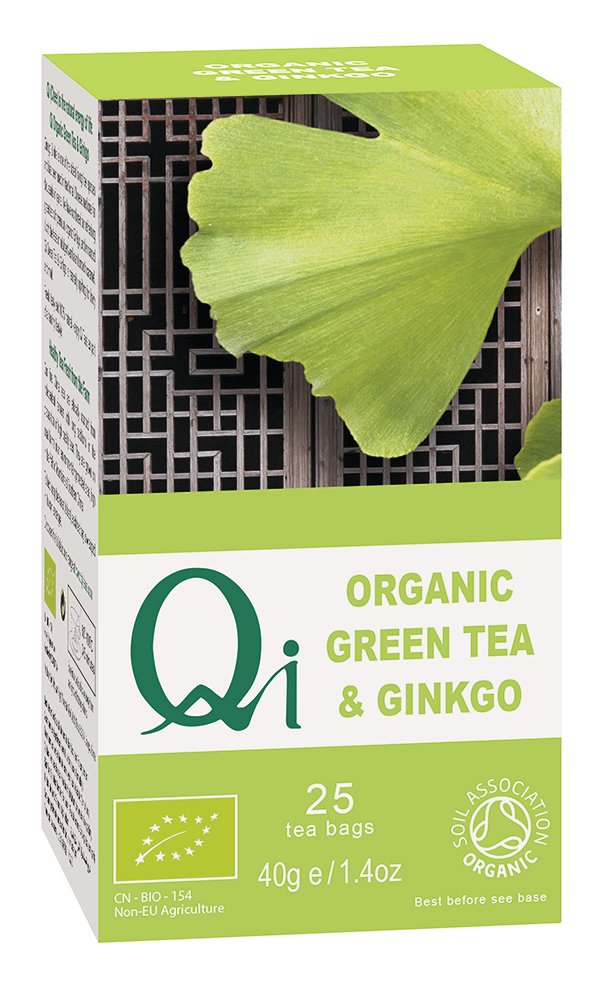 The Ginkgo tree is revered in China as a symbol of long life and energy and vitality in later life. Some ancient trees were recently discovered to be over a thousand years old yet they retain vigour and health. Modern research suggests that the Ginkgo leaf may be helpful for short term memory. Qi Organic green tea and Ginkgo leaf is a soothing beverage with abundant tones of natural caramel. Blended with licorice root, peppermint leaf, fennel and cinnamon and enhanced with the comforting flavours of natural caramel.

Save this product for later
Display prices in: GBP